Volker Bertram is visiting professor for ship design at the World Maritime University in Malmo and three other universities.

He works at DNV GL in Hamburg and organizes conferences on future technologies for the maritime industries.

He has authored more than 400 publications including two standard text books on maritime technologies.

His broad expertise is appreciated in industry and academia alike.

After joining DNV in Oslo in 1990 as a structural engineer, Knut Ørbeck-Nilssen worked in DNV’s core business areas serving the maritime and oil & gas industries. He undertook many roles in the organization, including project management, across a wide range of technical disciplines and also held a number of management positions. He was also based in Japan for two years.

Teus van Beek is General Manager Market Innovation within the Marine Solutions division at Wartsila. The Market Innovations team is set out to create and promote future concepts for the marine industry by showing thought leadership and testing the waters for new technologies and solutions.

Volker Bertram is visiting professor for ship design at the World Maritime University in Malmo and three other universities.

He works at DNV GL in Hamburg and organizes conferences on future technologies for the maritime industries.

He has authored more than 400 publications including two standard text books on maritime technologies.

His broad expertise is appreciated in industry and academia alike.

Associate professor and researcher in politics, security and international relations, The Arctic University of Norway, Tromsø, adjunct researcher at the Centre for Arctic Policy Studies at the University of Iceland, Reykjavík as well as at Ruhr University Bochum (Germany)

Originally from Montréal, Canada, Dr Marc Lanteigne is an associate professor and researcher in politics, security and international relations at The Arctic University of Norway, . He received his Ph.D. from McGill University, Montréal, Canada. He has conducted research and fieldwork in numerous parts of the Arctic and Northern Europe, including Alaska, Denmark, Finland, Greenland, Iceland, Norway and Sweden as well as Northern Canada, as well as in China, Japan, South Korea and Southeast Asia and has teaching and research experience in Canada, China, New Zealand, Norway, and the United Kingdom. He has taught courses in international relations and comparative politics, including Asia and Europe and guest lectured on Arctic and Antarctic issues in China, Japan, North America and Western Europe, including a regular summer short course at Peking University and a lecture on China’s developing polar policies at The Bookworm, Beijing, July 2017. Dr Lanteigne is the editor of OtC, Over the Circle, Arctic Politics and Foreign Policy and the author of several articles on Chinese and East Asian politics and foreign policy, as well as the book Chinese Foreign Policy: An Introduction, which had its third edition released in 2016, and a fourth edition in July 2019.

Anriëtte (Annie) Bekker completed her engineering education in South Africa. After working in industry on anomaly detection algorithms, she joined the Faculty of Engineering at Stellenbosch University where she has led sensor fusion research on heavy mobile equipment, most notably the South African Polar Supply and Research vessel “SA Agulhas II”. This work focusses on improving human element issues through automated intelligence. Her research interests include virtual sensing, machine vision, and machine learning to derive actionable insights in operational environments.

Axel is responsible for business development in the marine part of Jotun with a particular focus on break through innovations. Current areas of work include servitization of paints, robotics, automation and machine learning/artificial intelligence. His latest project is the Hull Skating Solutions (see https://jointherevhullution.com). Geir Axel's previous experience is mainly from management consulting with a focus on strategy, technology and innovation.

Working as outsourced innovation resource to customers in maritime cluster, mainly in global maritime equipment manufacturers. Development of applicability plans for technological leaps such as utilizing block chains in logistics and procurement, utilization of containers or such in serverless virtual resources for systems and services, artificial intelligence in visual/audio & sensory with unstructured data for operational and technological excellence embedded to customer products and processes. 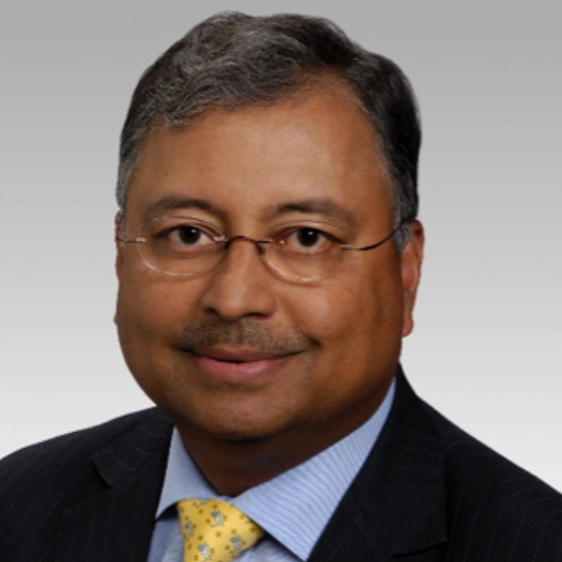 With a Bachelor's Degree in Electrical Engineering from Bangalore University, he started his career at CAE in 1984 and has accumulated over 35 years of experience in systems engineering, project engineering, proposals management, strategic planning, business development, contract negotiations, acquisitions, P&L and general management. Maritime International includes the MAPPS, Calzoni, Oceania, and Communications Systems Canada businesses of L3Harris. Rangesh is responsible for the global business of Maritime International comprising four businesses in eight countries on four continents and customers worldwide. He leads the continuing geographic and sectoral diversification & growth strategies of the business through organic growth and acquisitions. L3Harris Maritime International is a global provider of control and simulation solutions for the marine, nuclear power generation and space sectors, naval handling systems, visual landing aids, integrated navigation systems, and maritime domain awareness solutions. Rangesh Kasturi has been President of L3Harris Maritime International since July 2019.

Dr Rodrigo Pérez Fernández is Naval Shipbuilding Area Manager at SENER, a Spanish engineering company and software provider in the maritime field. Committed to advancing maritime applications of Artificial Intelligence, he has played a key role in the development and implementation of specific functionalities within SENER´s FORAN System. He is also professor in the Marine Engineering School of the Universidad Politécnica de Madrid.

Before joining ATLAS ELEKTRONIK in 2010 he served as an active duty officer in the German Navy with surface warfare training and experience on destroyers, frigates and minehunters. Mr. Bochetin's ultimate sea posting was as Principal Warfare Officer for Underwater Warfare on then newly commissioned first-of-class F124 type frigate "Sachsen". His experience at ATLAS ELEKTRONIK concerned heavyweight torpedoes, anti-submarine sonars and, especially torpedo defence with the SeaSpider Anti-Torpedo-Torpedo. He holds advanced degrees from the German Federal Armed Forces University Hamburg and the University of Wales.